Have some large zucchini’s that you don’t know what to do with them? Make an apple pie yes you read right apple pie. This is a great way to use them up. And I promise if you don’t tell anyone they will never know it isn’t apples. The first thing you want to do is peel the skin off, slice it down the center and scoop the seeds out. It’ll look something like this. 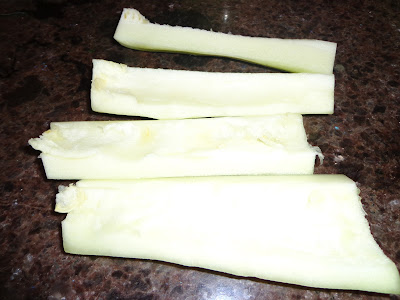 Then you want to slice it long ways again so that you end up with four long strips.

Next, slice it into thin short strips (you need 4 cups) and boil until crisp tender. 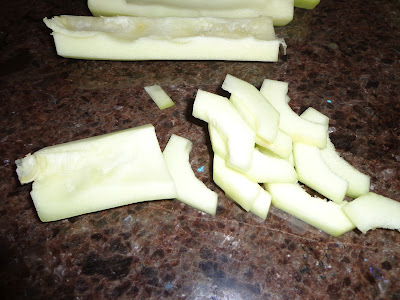 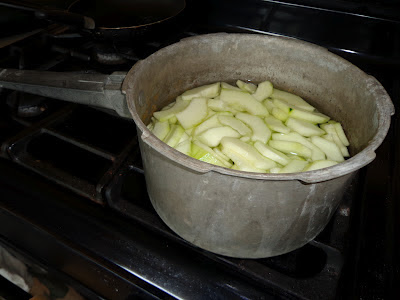 Then drain it and run it under cool water to stop the cooking process. It even looks like apples.
While this is cooking Cut in a ½ cup of butter to 1 cup flour and ¾ cup of brown sugar. Whoops Forgot to take a pic. Set to the side.

After you drain the slices put them in a bowl and toss with 2 tbsp. lemon juice and a dash of salt. 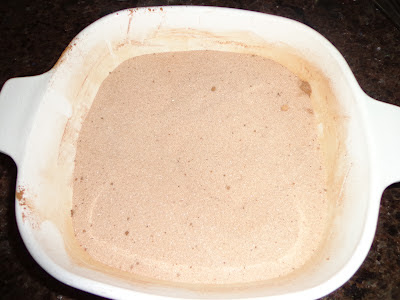 Add your zucchini to the dry ingredients and stir to coat. It’s OK if it’s runny. It’ll soak up.
Dump it all into a 9 inch pie crust. ( Don’t judge my pie crust, that is one thing I have never been able to get the hang of) 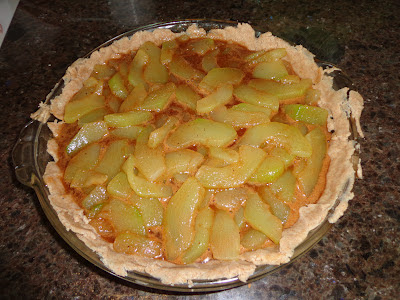 Then take your crumb topping and put on top of the pie
You can put a top crust if you don’t want the crumb topping. 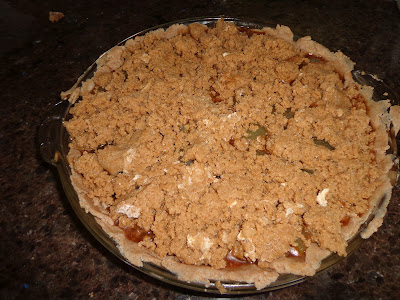 Put the pie on a cookie sheet because it will spill over. Bake at 400 for 50 minutes 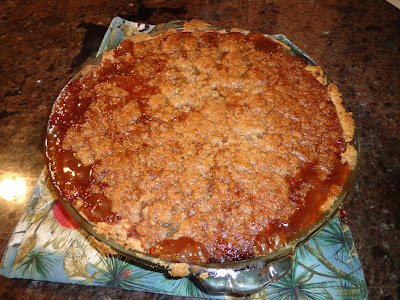 4 Replies to “Recipe for apple crumb pie with zucchini.”