We had people from the five surrounding Departments. We also had some from the Cortez P.D. and the SW Health EMT’s  They were dressed in full bunker gear or full uniform and climbed 3 stories 52 times the equivalent of 110 stories  to honor the 412 emergency workers who died that day, including 343 firefighters, 60 police officers, eight EMTs, and a fire patrolman.

I am trying to get the setting off of the tones posted on here but having a hard time so here is a link to them. Setting off the tones  ( you do need FB to watch this hoping to get it put on here soon so you can watch and listen without FB)They did this right before they started the climb. This is a picture from last year of all the trucks one from each department. I didn’t get a picture of them  this year

We had T-Shirts for all who participated

After the climb, we served hamburgers and hot dogs with sides for the climbers and their families.

Cooking them on a big grill we borrowed from the  Kinder Morgan company. We set up tables in the station and that is where we ate.

Everyone had changed out their bunker gear and a few had already left by the time we got a picture of them all. We only had about half of participants as we had last year. The bottom picture was from last year. 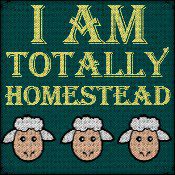